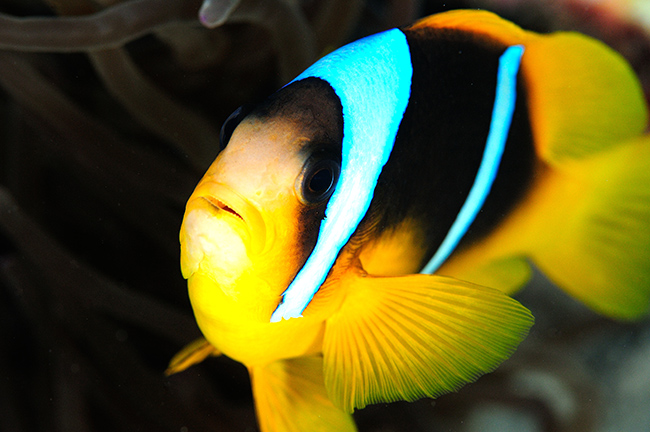 Amphiprion bicinctus is not a common fish in the trade, but for visitors to the Red Sea, it’s a common sight. 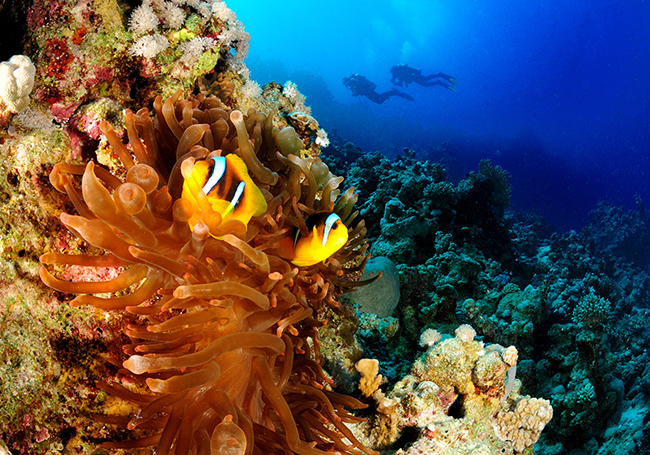 I’ve had a great fondness for clownfish since I first saw one on an old nature documentary in the 1970s, so when I first saw one in the wild I was utterly captivated.  They also make great subjects for photography, though most fish swim away as fast as possible. A. bicinctus has two white stripes (as its name implies:  bi=twice, cinctus=cut) and is in the Clarkii group. 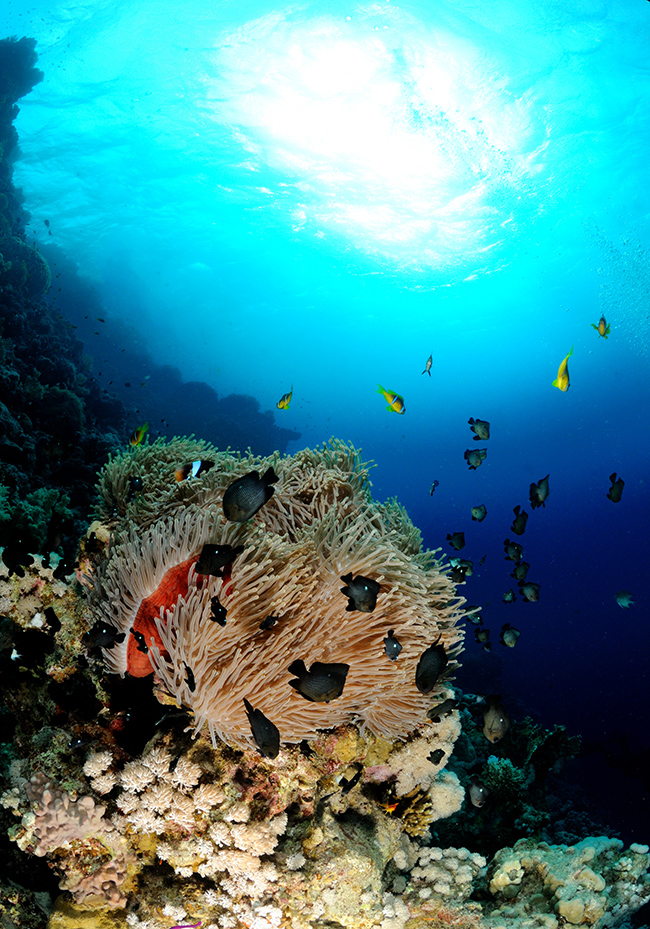 A. bicinctus is a Red Sea endemic, but is available through breeders such as ORA, who’ve also bred a charming ‘spotcinctus’ morph, though their website does remind potential buyers that this fish can become territorial when fully grown and in ‘full-on defending’ mode. 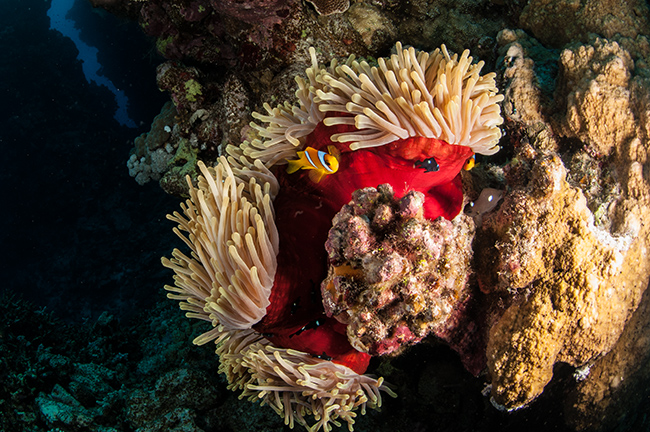 In the wild, the fish host in Entacmaea and Heteractis species and look particularly attractive when young and photographed against the red column of H. magnifica.

Bicinctus also share their homes with juvenile Dascyllus trimaculatus, though will chase them off as they become more mature.

Amphiprion bicinctus from the Red Sea is a stunning yellow color as a juvenile.