Home
Saltwater
You might not realize this, but most things underwater are kinda brown
Find Big discount for Fish and Aquatic products here 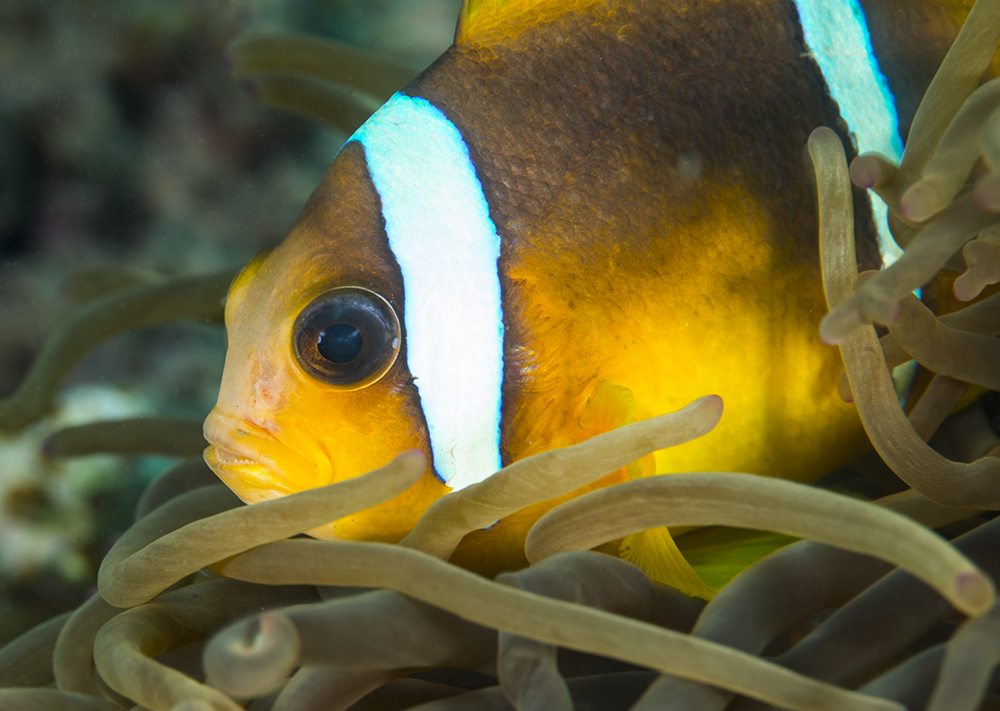 The most-admired and coral-rich aquaria are usually praised for the colors of the corals within them, carefully fed and cared for by dedicated owners. Rare and special morphs are traded online and at frag swaps for considerable sums.  Coral reefs can now be created in captivity with entirely captive-raised specimens in just about any color imaginable.

I hate to rain on any parade here, but on most reefs, in most regions of the world, those amazing colors are rare.  Overall, brown rules. 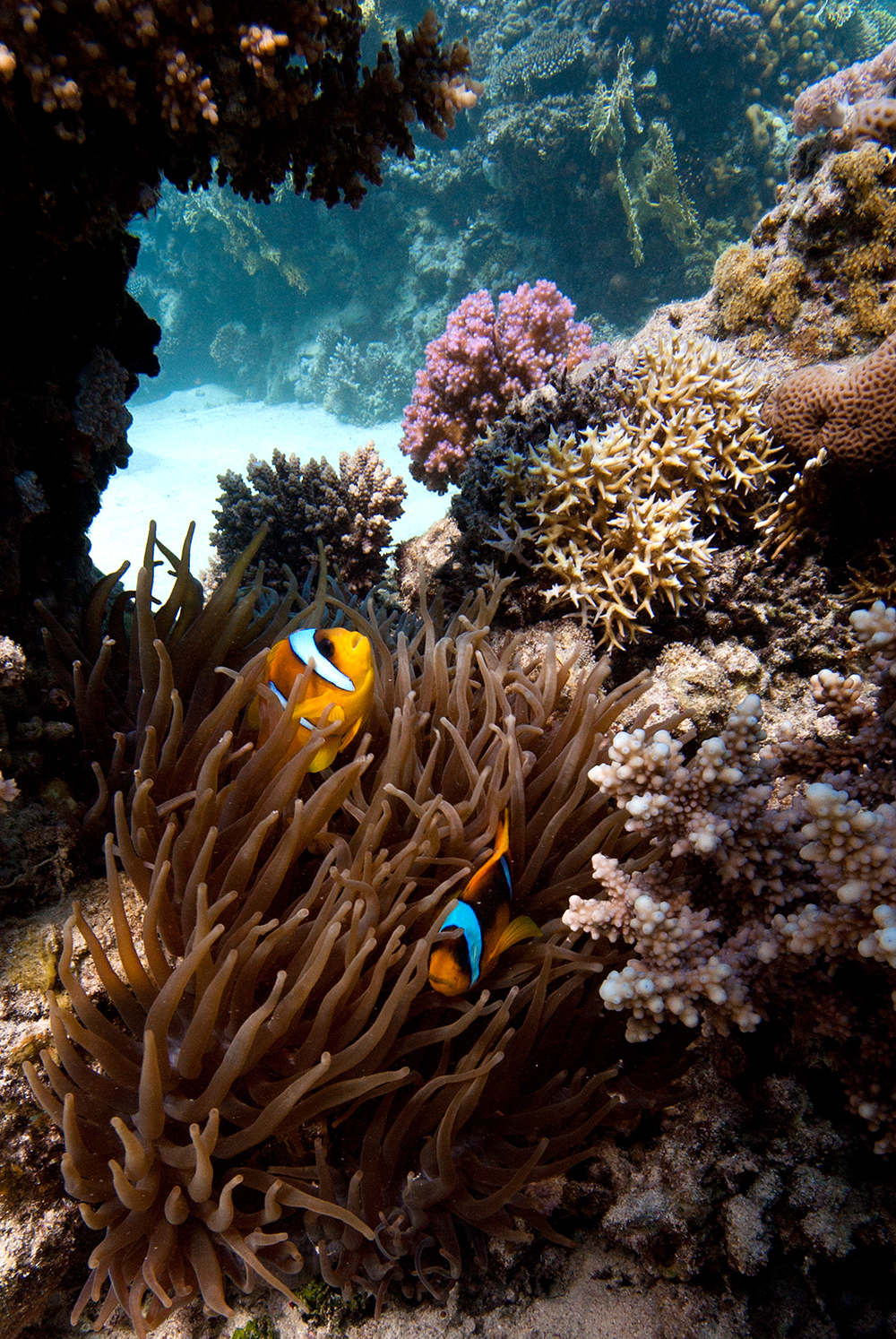 Okay, its not entirely brown, there are hints of pastel colors, but variations on brown rule.

I love shooting clownfish in interesting anemones and you’ll see a lot of clowns hunkering down in red or purple anemones for example, but the overwhelming color I come across in anemones is, yes, you’ve guessed it, kinda brown. 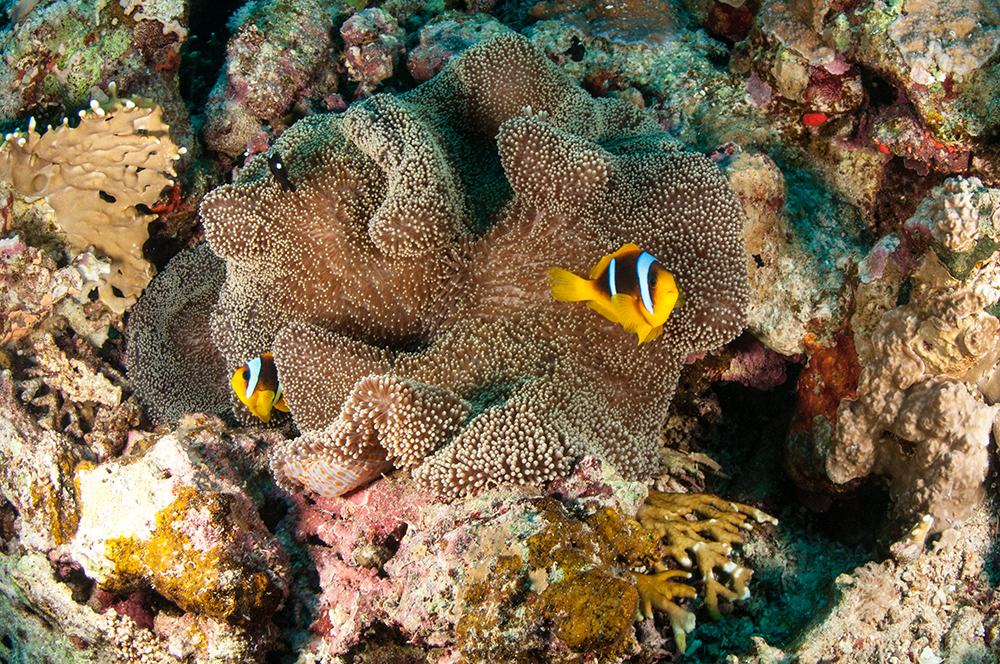 So, what’s my point?  I’m not really making one, other than pointing out that the reefs that people prize are not necessarily representative of ‘real’ reefs, so if you go snorkeling or diving, don’t be disappointed.

Here’s one from The Caribbean that illustrates my point.  It’s very pretty of course, but those are pretty muted colors. 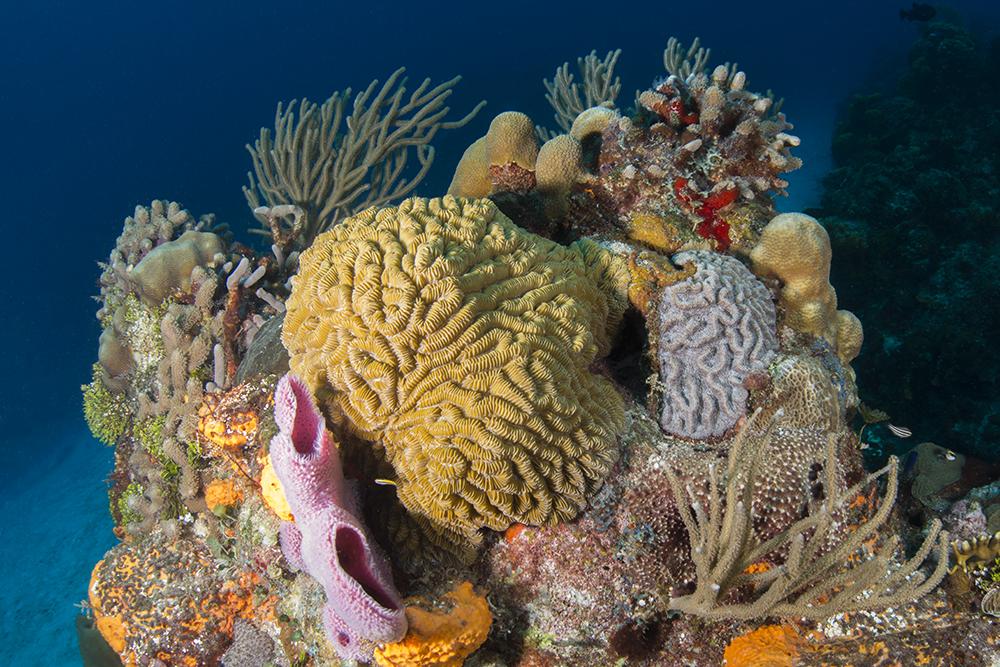 ..and another from the Maldives.  This in natural light and what you’ll see when snorkeling. 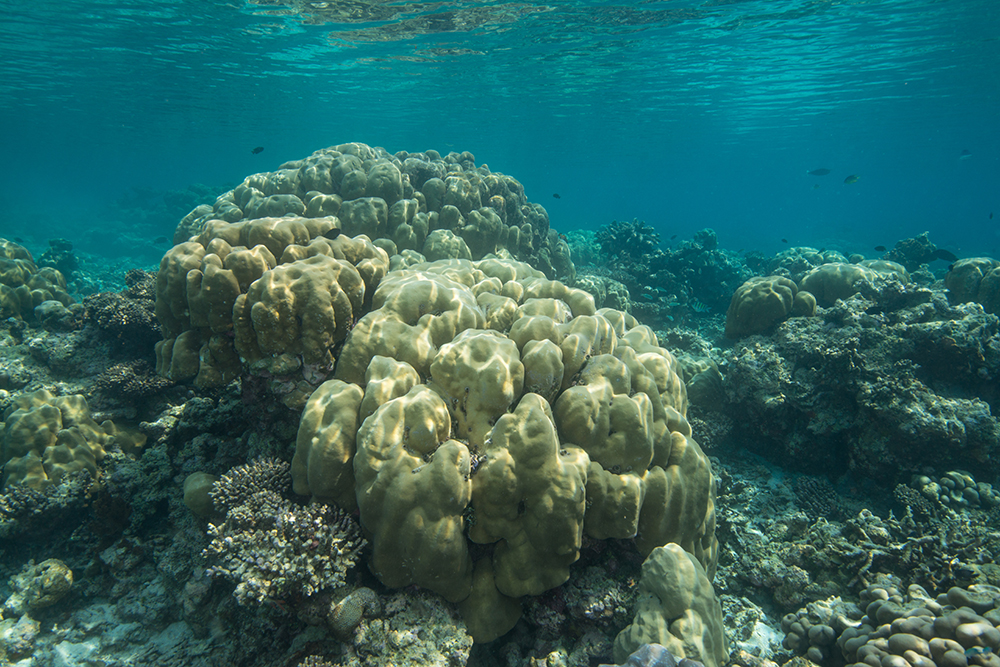 ..or perhaps this one on a coral-rich thila. 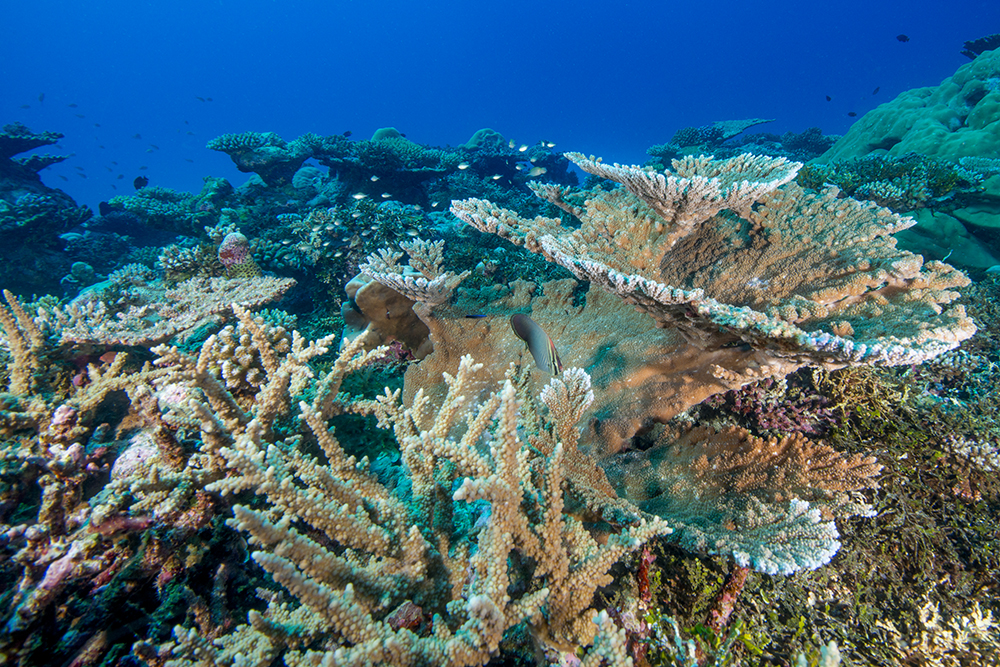 Color on the reef is relatively rare, browns and greys predominate.  Pastel shades of pink, violet and purple are fairly common, but the eye-popping colors of many captive reefs are infrequent to say the least.  Does it matter? Maybe, maybe not, It’s just an observation.

One thing I do know is that when I photograph tridacnids, I never bother with the brown ones.