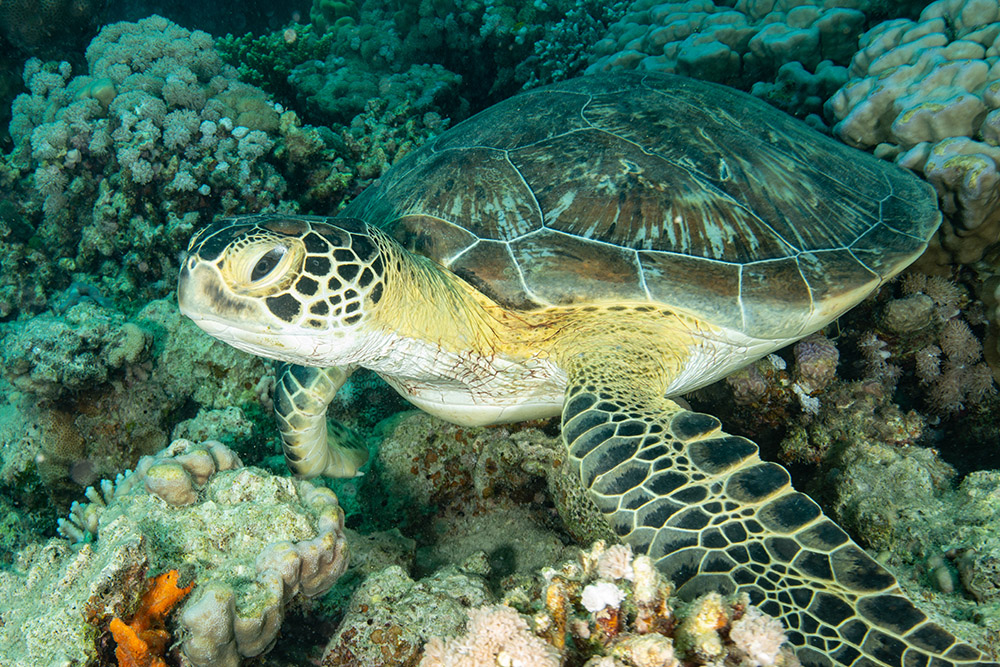 For a few few years I never asked myself this question.  Whenever I saw a turtle, if it seemed to have a greenish tint to its carapace I was happy to think of it as a Green and not let it bother me again.  The thing is, that’s not the answer at all.

I later leaned that the best way to ID a Green and tell it apart from a Hawksbill (These are the two species I mainly encounter), is to look at the scales on the turtles’ heads, specifically the ones between the eyes known as the prefrontals. 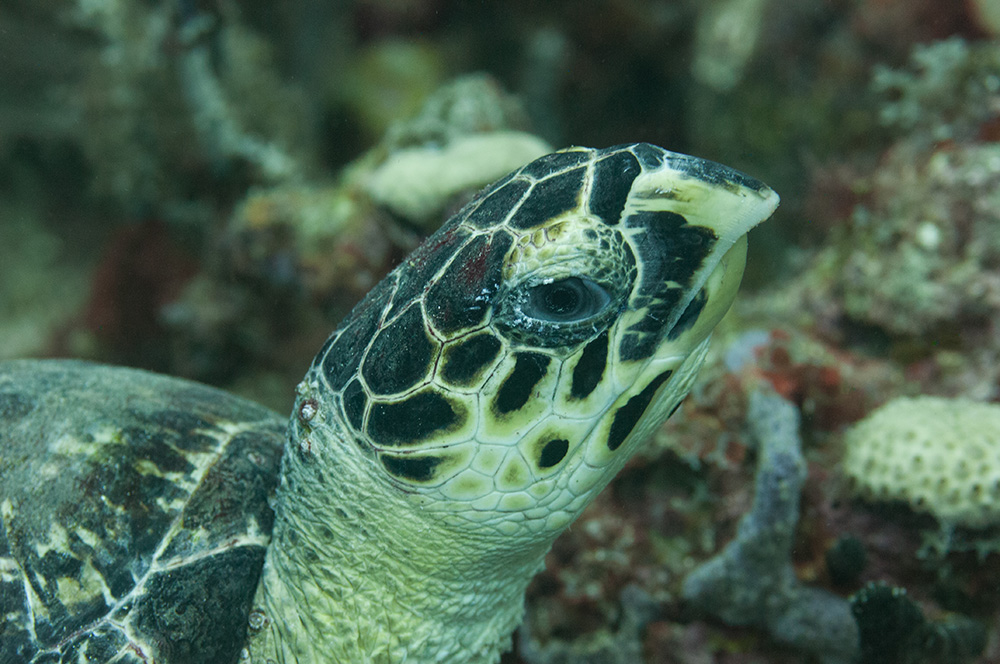 The hawk-like bill isn’t always obvious from some angles, but you can see two pairs of prefrontal scales on this Hawksbill.

A Green has a one pair and a Hawksbill has two.  A Hawksbill also has pointy costal scutes on its carapace, these are the ones in the middle, both species have four, which helps you separate them from other species. 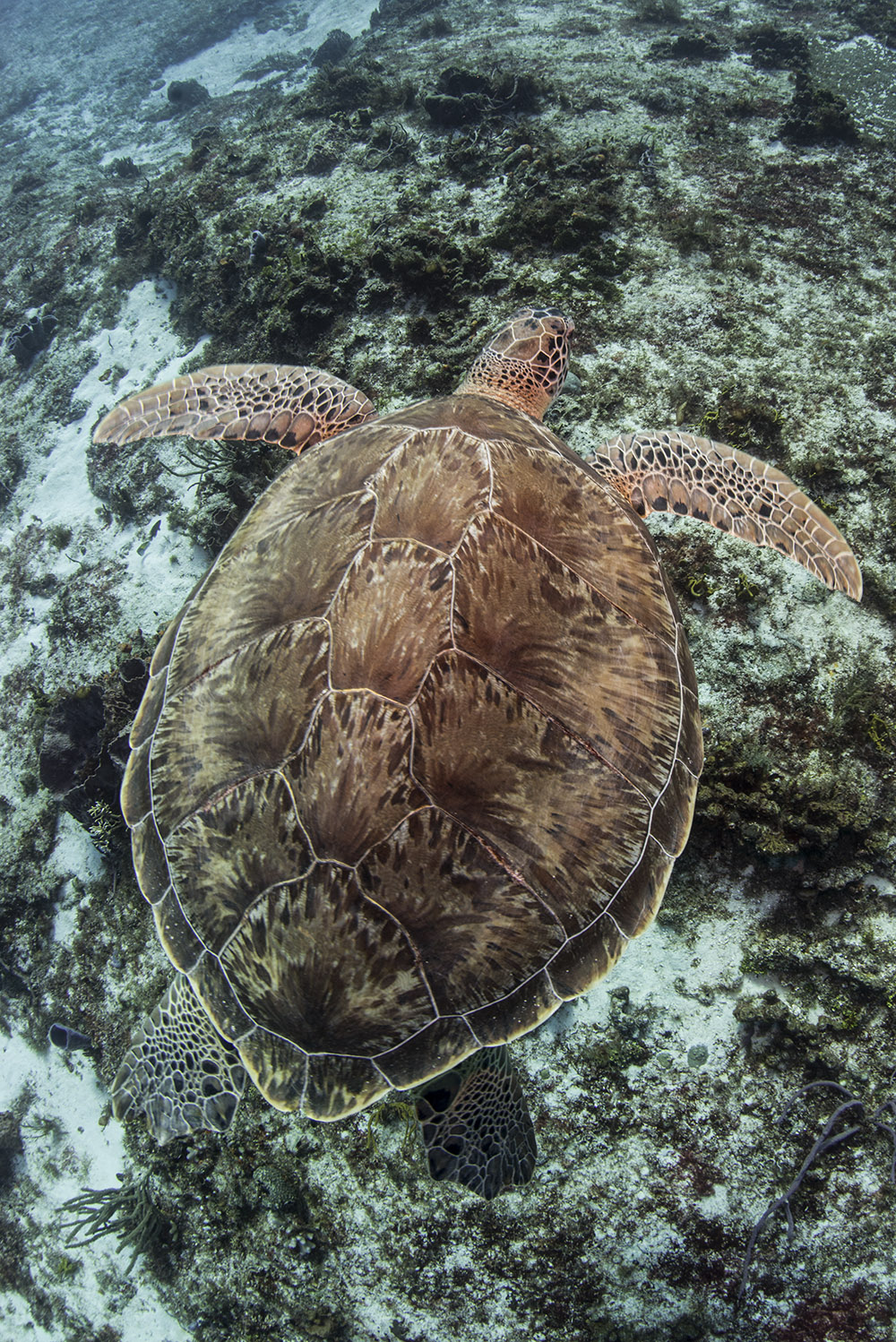 Four coastal scutes define a Green or a Hawksbill, but the Hawksbill has pointy ones that appear to overlap.  This is a Green, and as you can tell, it isn’t green.

Now we’ve got that out of the way, why are they called Green?  Well, it’s all to do with their diets.  As adults, the Green is a vegetarian, which gives the animal’s body fat a distinct green color.  I suspect this naming comes from the days when turtles were much more frequently on the menu.

I came across a Green turtle in the Red Sea, whilst looking for interesting creatures in the seagrass.  I assume this animal was used to divers as it took no notice of me or my companions and carried on chomping away. 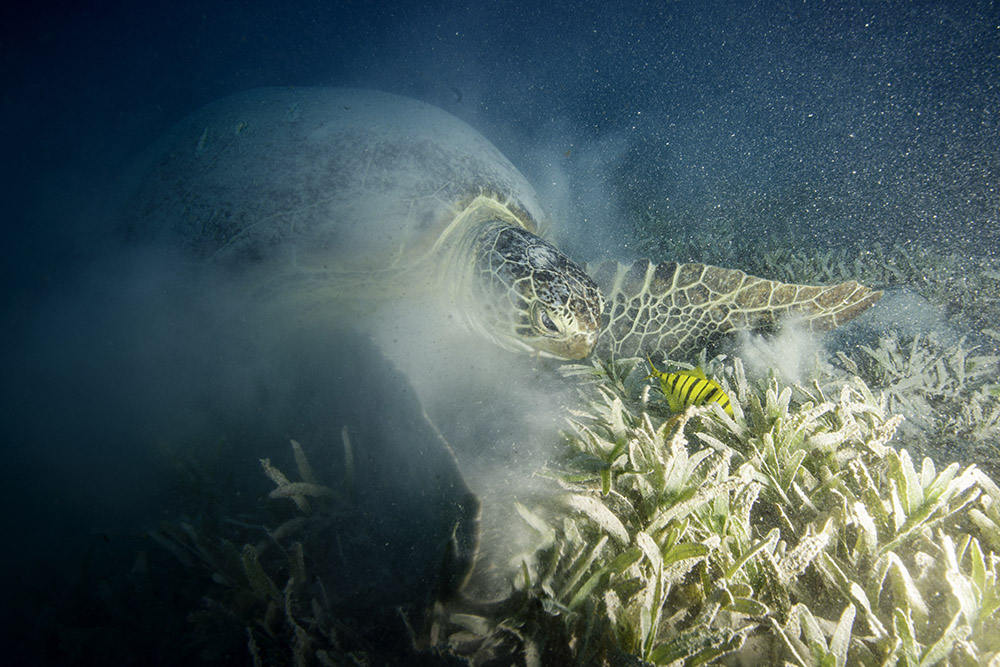 The turtle was utterly focused on eating, ploughing the soft silt away with its front flipper before biting into the seagrass rhizomes and swallowing as much as it could.  As you can see, it was ruining the visibility, though this grazing is considered to be of benefit to the seagrass meadow overall. 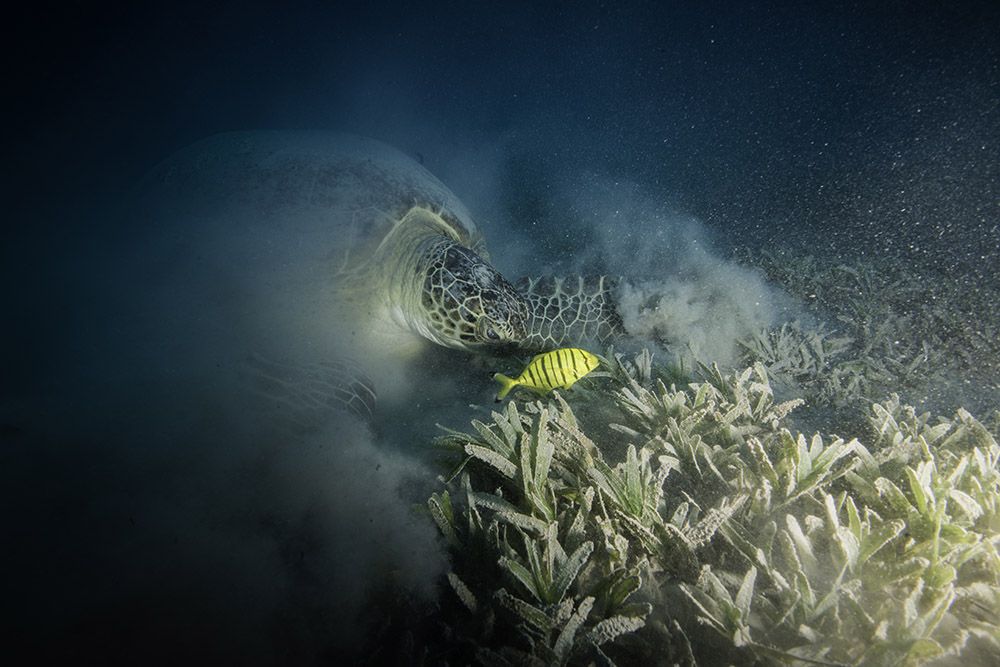 The fish that is hanging around looking for morsels of food disturbed by the turtle’s foraging is a juvenile Golden Trevally (Gnathanodon speciosus), which is also associated with sharks and some groupers on occasion.