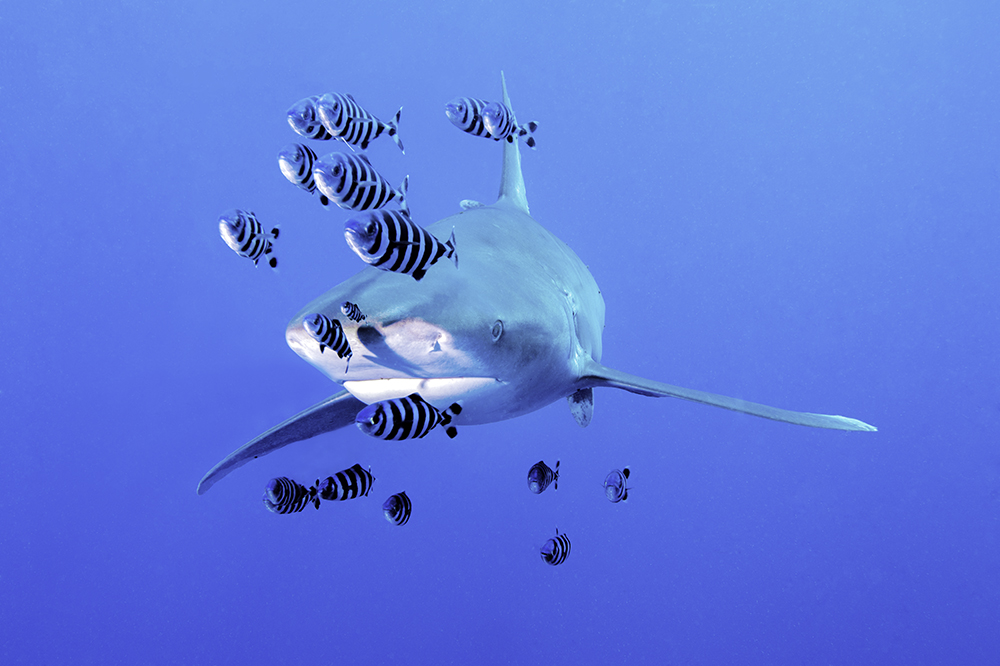 The UK Government is, as anyone over here knows, in the middle of (and by the time this is published may have concluded) negotiations with the EU regarding a Brexit trade deal.  This has been long and complicated and is either the best news or the worst, depending on your point of view.

The Government has in the past suggested Brexit could be a means to ensure the country is ‘greener’ and there have been several statements in recent weeks suggesting the UK will tackle CO2 emissions, increase wildlife protection measures, and raise standards of animal welfare.

One such measure appears to be a willingness to explore measures to reduce the numbers of sharks killed for fins.  This is an estimated 73 million worldwide every year, according to some sources. 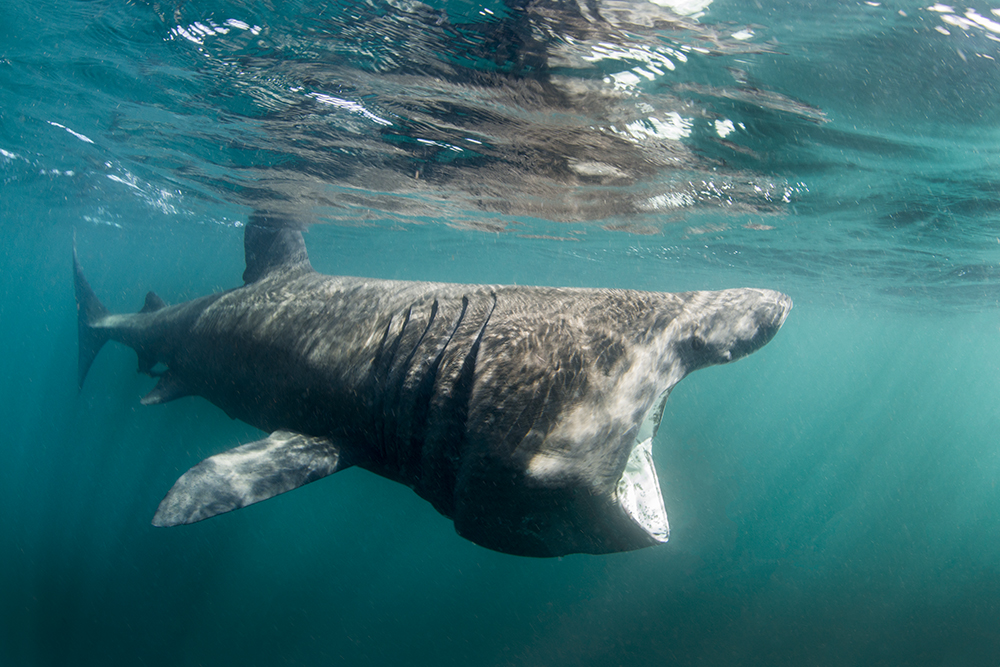 Sharks, by their nature, roam through international waters. Basking Sharks such as this one are protected in UK waters but not in many territories. Legislation to ban the import of shark fins and traffic of shark products through UK ports can play a role in making their catch less attractive.

Any reduction in shark catch, bycatch, and import and export of shark products will be welcomed by the marine conservation community.  Personally I just hope the resulting legislation is powerful and effective.  We have seen backsliding on several environmental measures over the last few years.

Here’s the press release in full:

Greater protections for species of sharks will be considered through a call for evidence to better understand the scale of the shark fin trade in the UK, as a way to help reduce the import and export of shark fins and protect the world’s sharks.

The UK has a strong track record in marine conservation and has been pressing for stronger international action to protect sharks against unsustainable fishing practices and shark finning, which is the practice of removing a shark’s fins at sea and discarding the finless body back into the water.

The government is now seeking additional evidence to ensure that appropriate protection is in place for all shark species and to inform future policy on protecting marine wildlife.

The call for evidence will help the government better understand the scale of the shark fin trade in the UK and the conservation, economic, social and cultural impacts of potential further restrictions such as banning the import and export of detached shark fins.

The greatest threat to sharks is overfishing, driven by demand for shark products. Wild populations of shark, skates and ray species have declined rapidly and species such as the scalloped hammerhead and angelshark are now considered critically endangered.

The call for evidence will provide insight into the role of the shark fin trade and what action can be taken to better protect sharks.

Shark finning involves slicing the fins off living sharks that are then tossed back into the sea to die painful deaths. It is an extraordinarily barbaric practice and has been banned in the UK for nearly 20 years. But the UK still imports shark fin products and therefore may still be inadvertently contributing to the practice.

At the end of the Transition Period and as a fully independent nation, we will have far more freedom to introduce measures to protect endangered species – on land and in the ocean. So we have launched this call for evidence to identify the best options to protect these incredible animals and to continue leading the way on shark conservation.

Samuel Stone, Head of Fisheries and Aquaculture at the Marine Conservation Society said:

We welcome the government’s desire to increase protections for endangered shark species and this call for evidence to better understand the impact of the shark fin trade in the UK. Despite the abhorrent practice being banned by most fishing nations, including the UK and EU, illegal shark finning remains a significant problem in several fisheries around the world. This undermines attempts to improve the management and recovery of shark species and it’s important that the government explores all avenues available to them to help stamp out the practice.

It will be important to explore how efforts can best distinguish between trade linked to illegal shark finning versus the legitimate trade of shark products from potentially well managed fisheries. Whilst the UK trade of shark fins may be relatively small on the global stage, efforts made here may have the potential to make a significant impact. We look forward to seeing the additional evidence and recommendations produced by this review.

Strict trade controls are already in place for certain species of sharks under the Convention on International Trade in Endangered Species of Wild Fauna and Flora (CITES), which prohibits or requires trade to be carefully regulated. The UK also played a leading role in successfully listing an additional 18 shark species under CITES in August 2019.

The UK is leading in marine conservation efforts to protect the world’s ocean and has already set up a ‘Blue Belt’ of protected waters nearly twice the size of England including 41 Marine Conservation Zones.

In September 2019 the UK government also launched a Global Ocean Alliance of countries that work will together to protect at least 30% of the global ocean by 2030 (30by30).

The call for evidence marks the start of renewed efforts from the government to raise standards on animal welfare even further, including taking steps to ban primates as pets, end live exports of animals for fattening and slaughter, and crack down on the illegal smuggling of dogs and puppies, with further proposals to improve standards and eradicate cruel practices expected to be set out in the coming months.