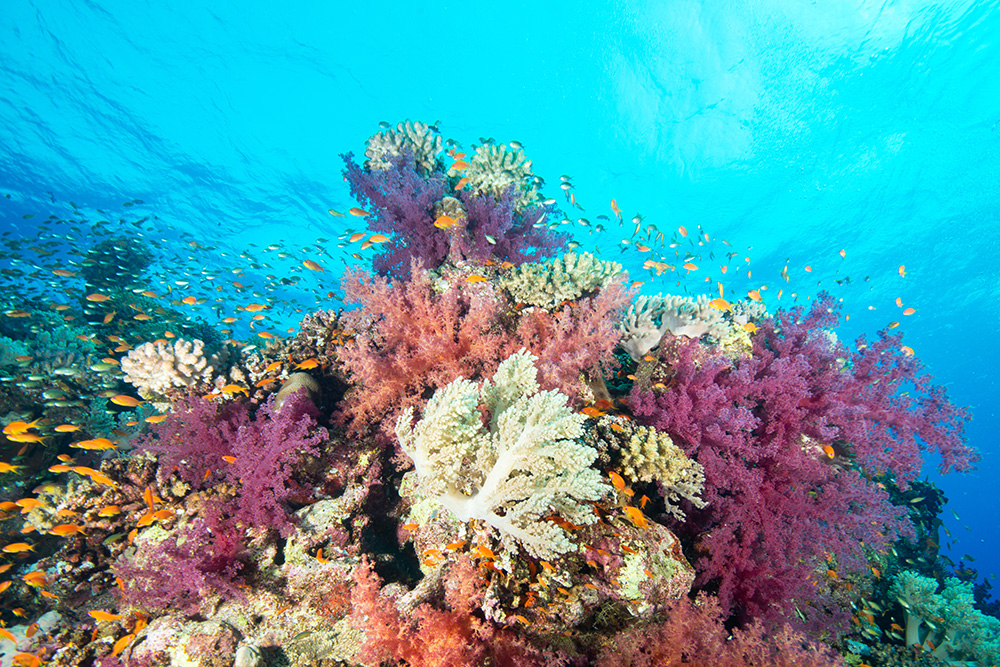 Think of a wild coral reef and before long you have images of stunningly vivid colors and shoals of brightly-lit fish running through your mind’s eye.  Well… that’s sort of true, especially if you’re snorkeling in the tropics over a shallow reef where the full spectrum of light is able to penetrate through the first few meters.  Take the shot above, for example:  it looks very natural and shows the true colors of the anthias and the dendronephthya, or does it?  In actuality, this image is something of a lie and relies on a few photography tricks.  Firstly, though, let’s look at an entirely unaided image. 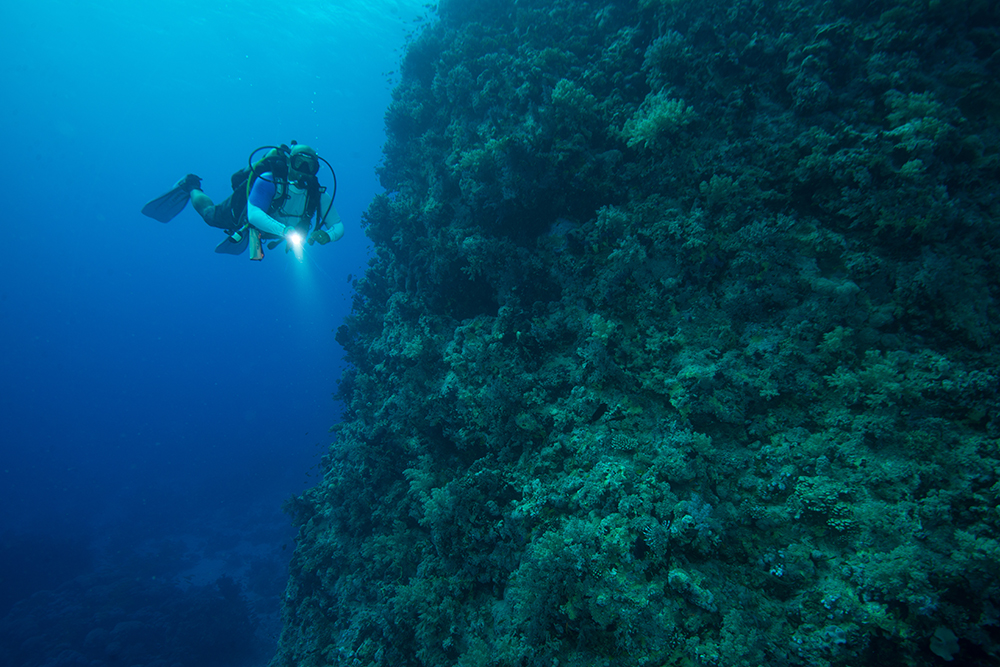 This shot was taken at around twenty meters and shows an offshore reef covered in a species assemblage very similar to that in the lead image, but of course the red component of the light has been lost at this depth and the claret and pink colored soft corals appear grey or a deep purple at best.  The sun is also acting as a strong single point illumination source as well, so shadows are deep and impenetrable. 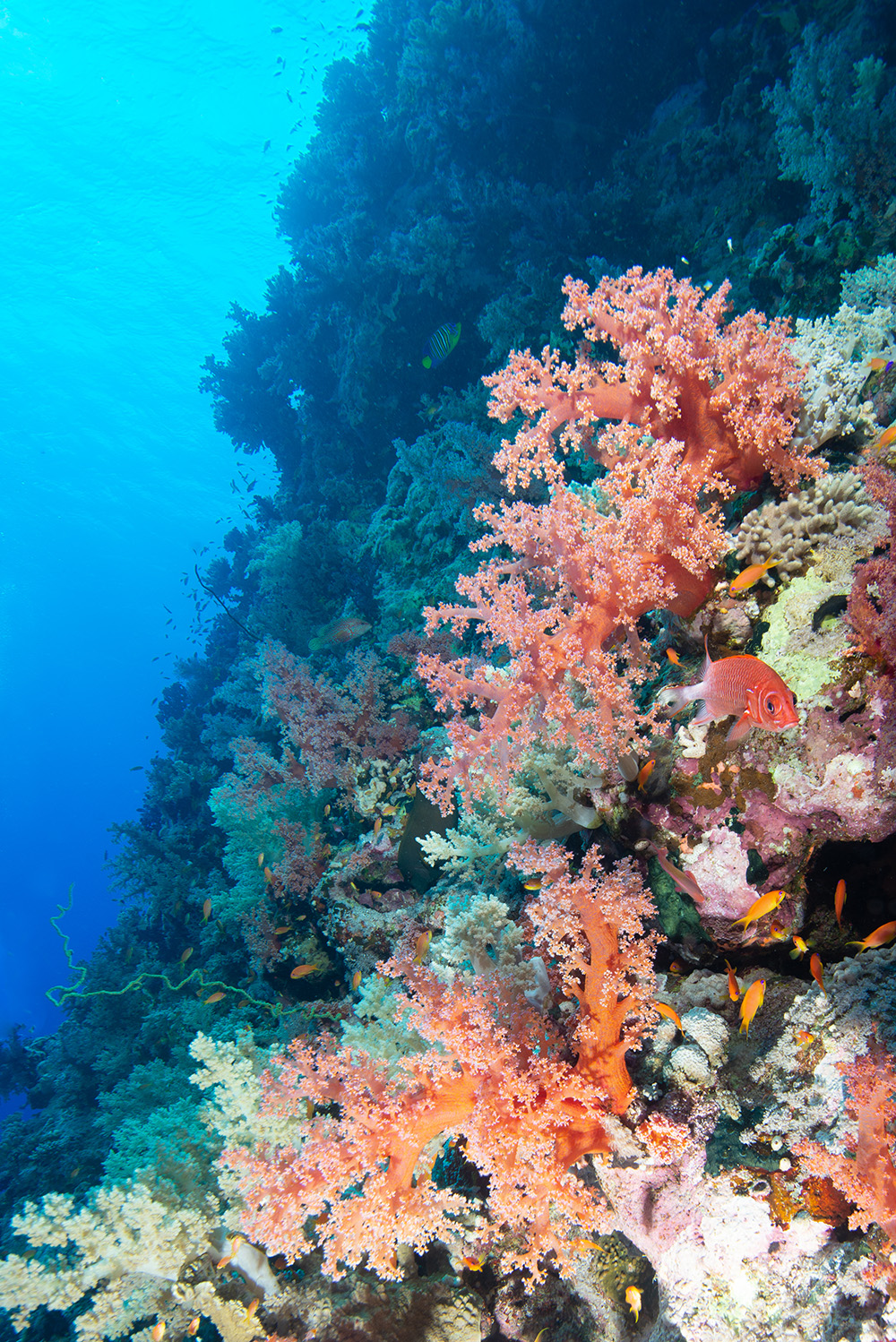 The solution is to bring flashguns (aka strobes) along on a dive and use them to fill in the shadows and restore the colors.  Strobes are designed to replicate daylight, though they vary a little between manufacturers, with some having a ‘warmer’ output than others.  As you can imagine, it is enormously more complex and nuanced than this, but I’m trying to just cover the basics. 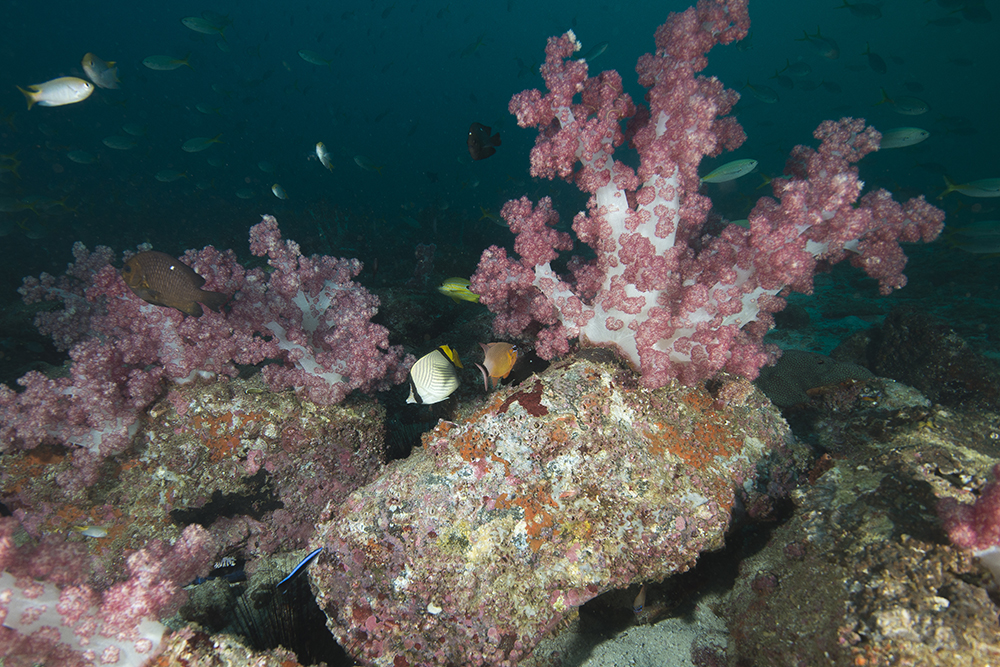 Getting the right output from your flash to match the conditions can be tricky.  Many people set their camera first and then match the flash output afterwards, some use TTL (the camera communicates the required amount with the flash); again, it’s complicated.  What you need is a shutter and aperture speed that freezes any movement in the corals – to show the fine detail – and gets everything exposed correctly without too many dark areas and blown out highlights.  The shot above was quite deep and late in the day so there is little available light.  You can select a faster shutter and narrower aperture and balance this with an increased flash output to make the background darker. 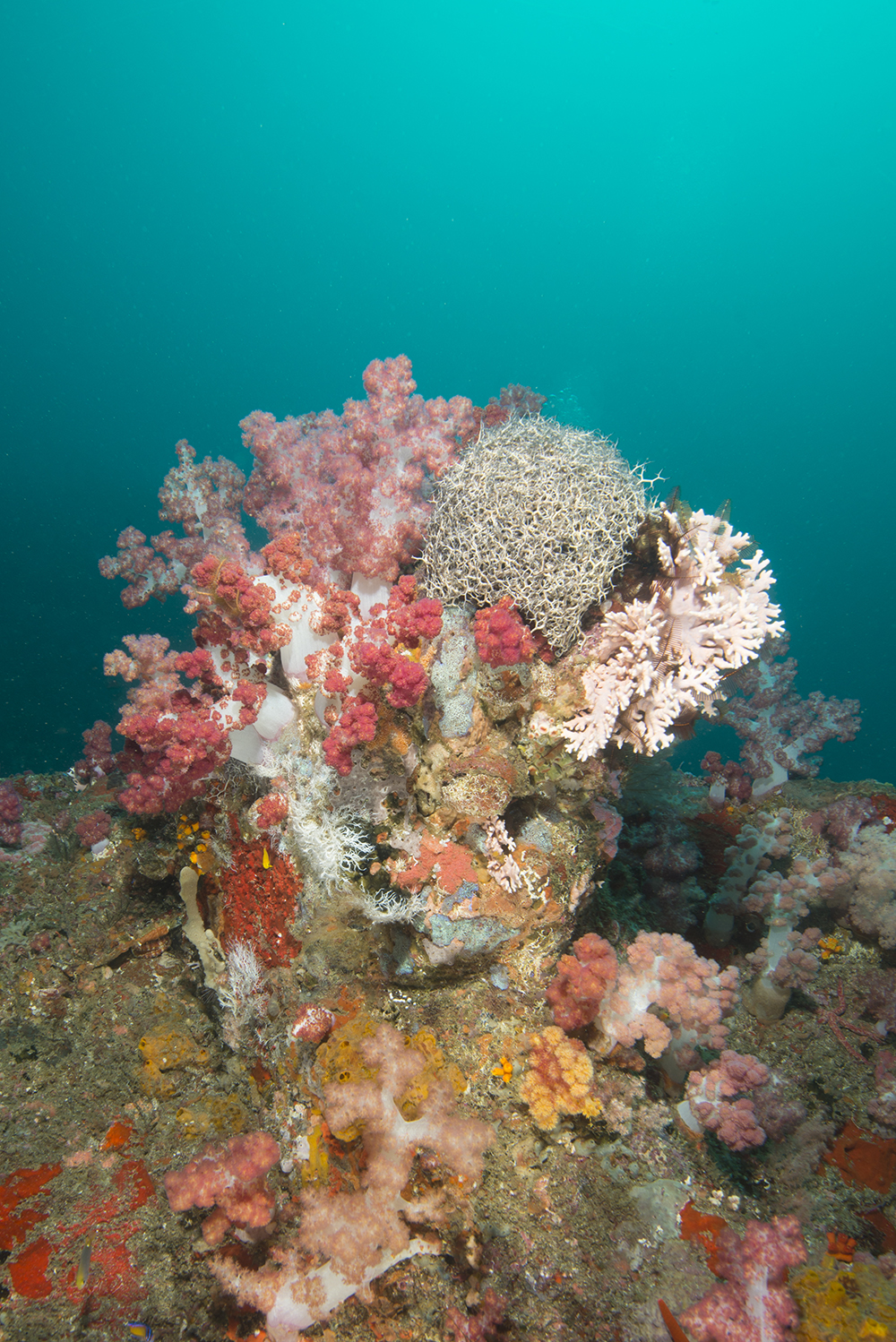 The other skill to master is to try to shoot from below the subject.  In the image above I have been careful to more or loess eradicate shadows.  Many divers shoot down on their subjects which makes for very flat images.  In this technique you also capture the color of the sea around you, which with reds or yellows against blue, can look great and a little more like our mind’s eye image of a reef.