These days, you can find more and more aquarists that are utilizing  mangroves, both in home aquariums and in commercial systems. Prime example being World Wide Corals’ super store’s big lagoon tank. (The tree itself was grown by Julian and I helped to make sure that it got to the facility) 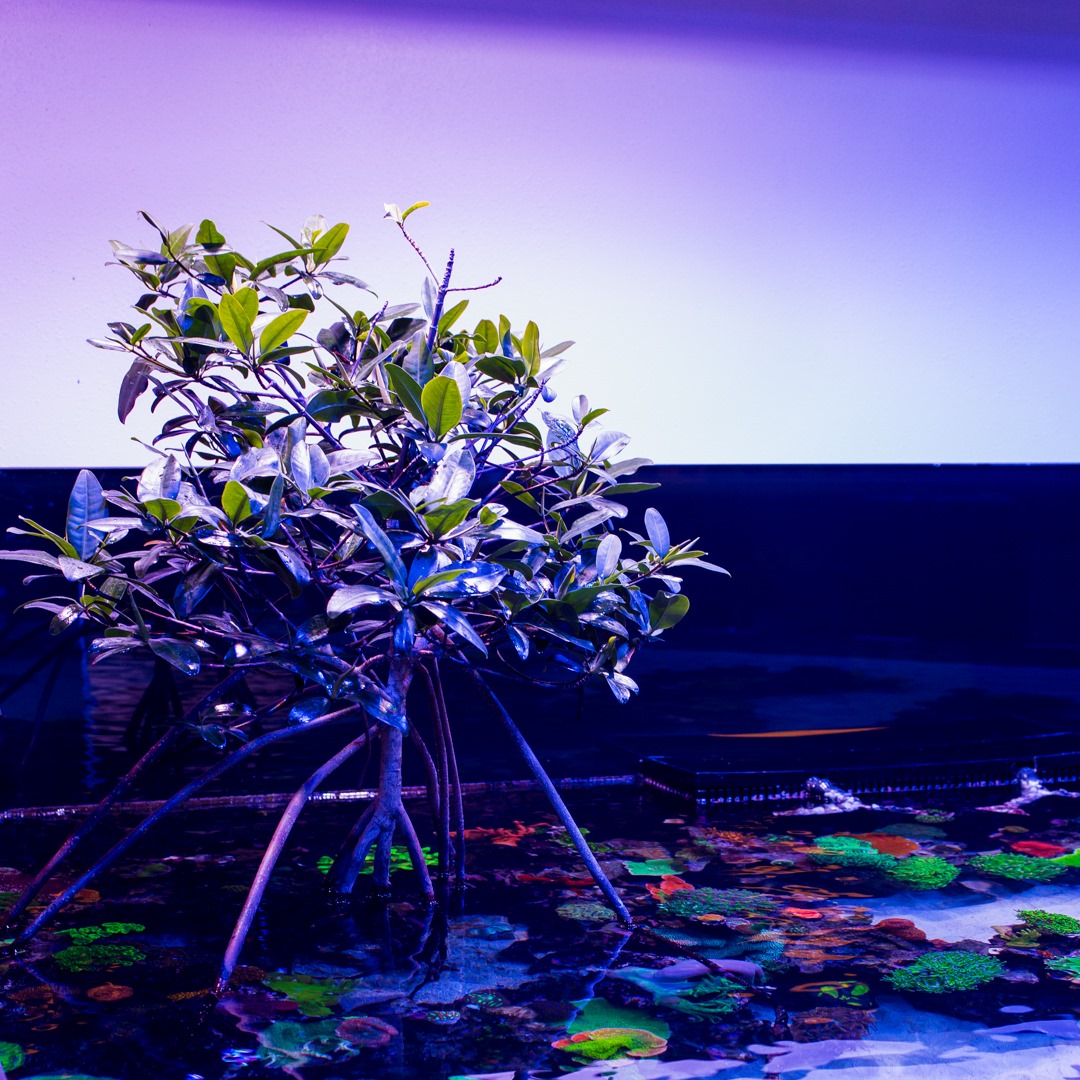 For new hobbyists out there that don’t know, this craze was started by the owner of Two Little Fishies, Julian Sprung.  Julian captivated the hearts and minds of other hobbyists by thinking outside the box and utilizing red mangrove trees like bonsai trees, growing them as centerpieces in shallow lagoon tanks.  He brought his one of a kind masterpieces to many, many trade shows in Two Little Fishies booth where he set up these small lagoons with huge mangrove displays.

It all started with Julian’s personal mangrove tank in his office.

Recently, while I was visiting Julian at his office, I had an idea to share the tank with you guys and the changes that he has made since the last time I made a video about it, a few years back. For starters, he swapped out the center mangrove and replaced the substrate with black sand, which has a higher mangenese content for his LPS corals.

I contemplated dubbing, but I hate how my voice sounded so I am writing it down here. If you guys think that I should regardless, comment down below and I will do so.

Maintenance is very laid back and rather infrequent; the tank has plenty of vegetation to suck up nutrients and only has few fish inside so he can do this.

He replenishes calcium and alkalinity by using Kalkwasser utilized by his own Kalk Reactor.
Besides the vegetation, he controls the nutrients by utilizing GFO and Carbon in his TLF 150 reactor.
The tank is lit by some natural sunlight as well as Kessil fixtures that sit directly above the tank.

Check out this short video and let us know what you think and please let Aiden know if he’s doing a god job as part of Team Afishionado/Reefs.com!

These days, you can find more and more aquariums that are utilizing mangroves in their home aquariums and in commercial systems. Prime example being World W…

P.S. Stay till the end to find out how old that clownfish in his aquarium is.