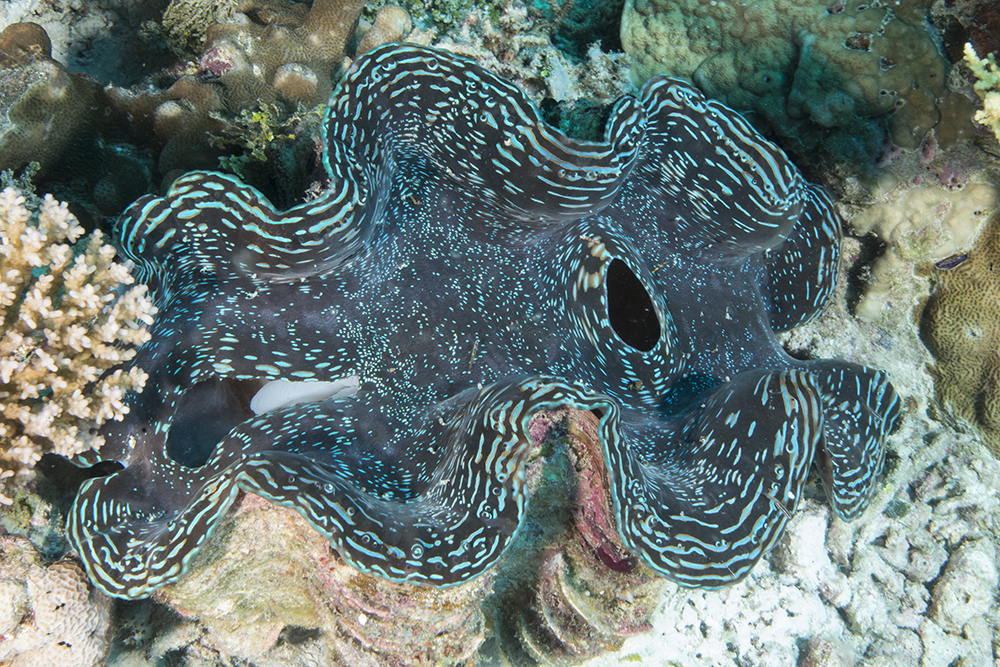 Knowing how much clam fans enjoy poring over images of these immensely variable bivalves I have been sharing some of my images in two galleries of tridacnids from the Red Sea, where on most sunny reefs they are very common. 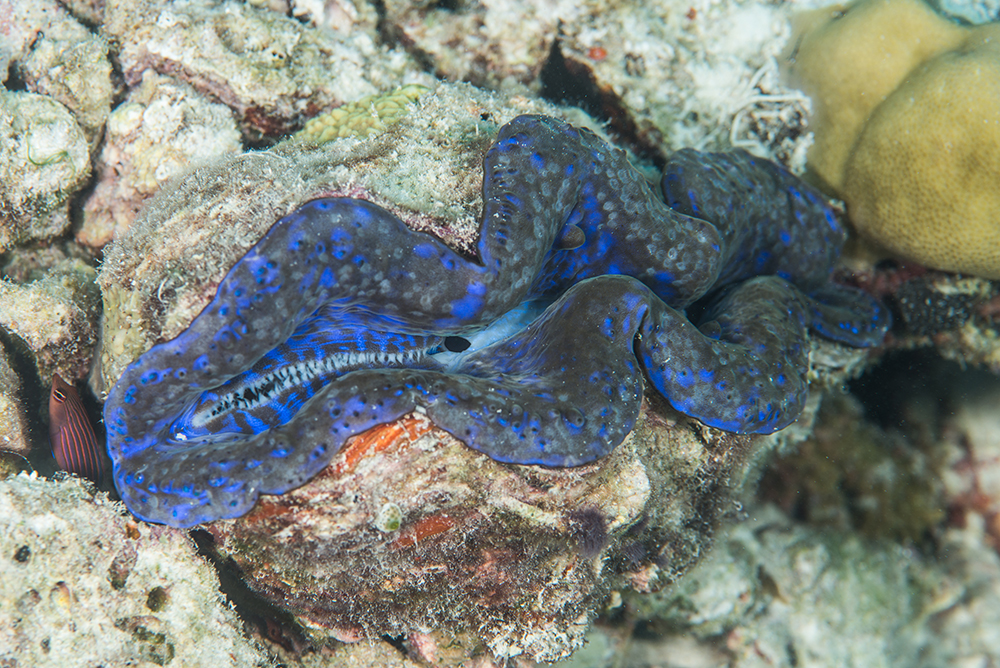 I’m not sure this image does this specimen justice, those deep blue spots appeared to almost glow. A six-line wrasse is helpfully providing scale to the left of the image.

In this gallery I have moved south and east to that famous Indian Ocean archipelago, the Maldives.  I haven’t dived here enough to say if tridacnids are on every reef, but they do seem to be fairly ubiquitous. 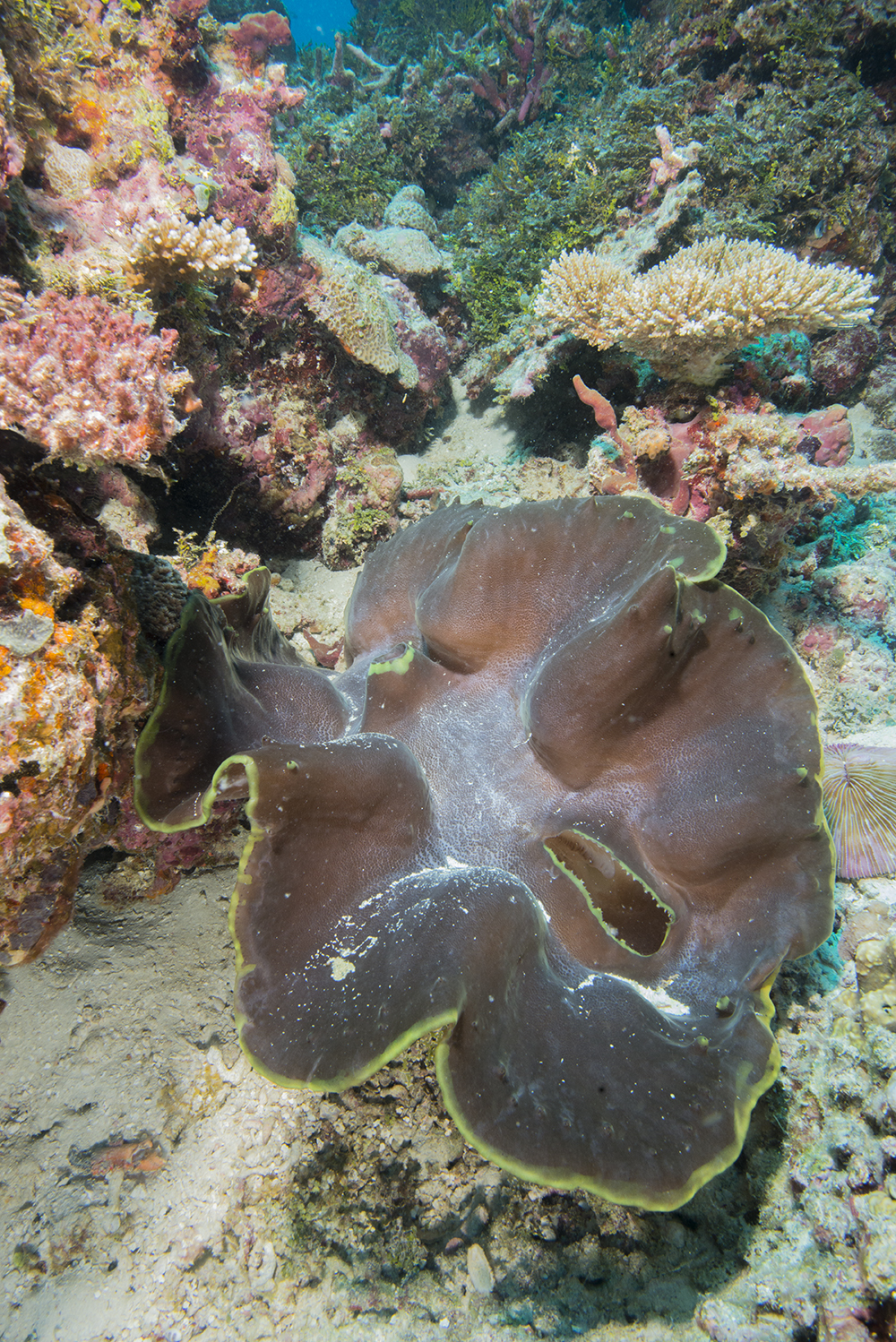 In popular myth clams can trap a diver’s leg, but I have to say, I’ve rarely encountered specimens more than twelve inches across.  The animal above was really pretty big.  I used a technique called close focus wide-angle photography to get in close and show this wonderful creature in context.  This specimen appears to have fallen from its original position and is now resting on the substrate. 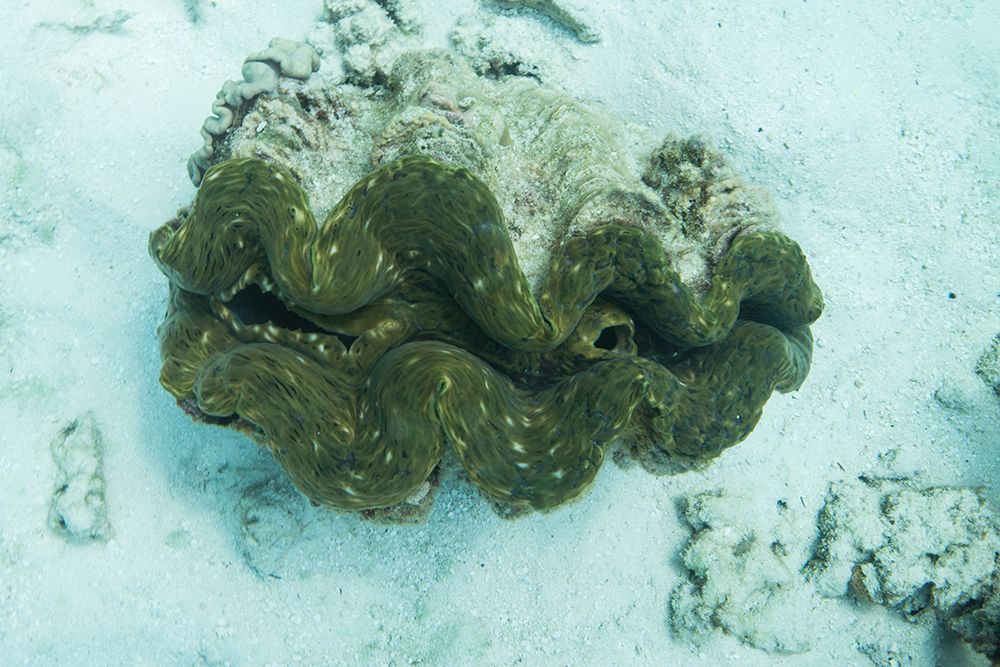 This one is another large animal on the sand.

I really liked this one.  The contrast between the outer mantle and the central areas really made it stand out on the reef, in contrast to the animal below, which is a great deal more subtle in its coloration.  It is a really lovely one though. 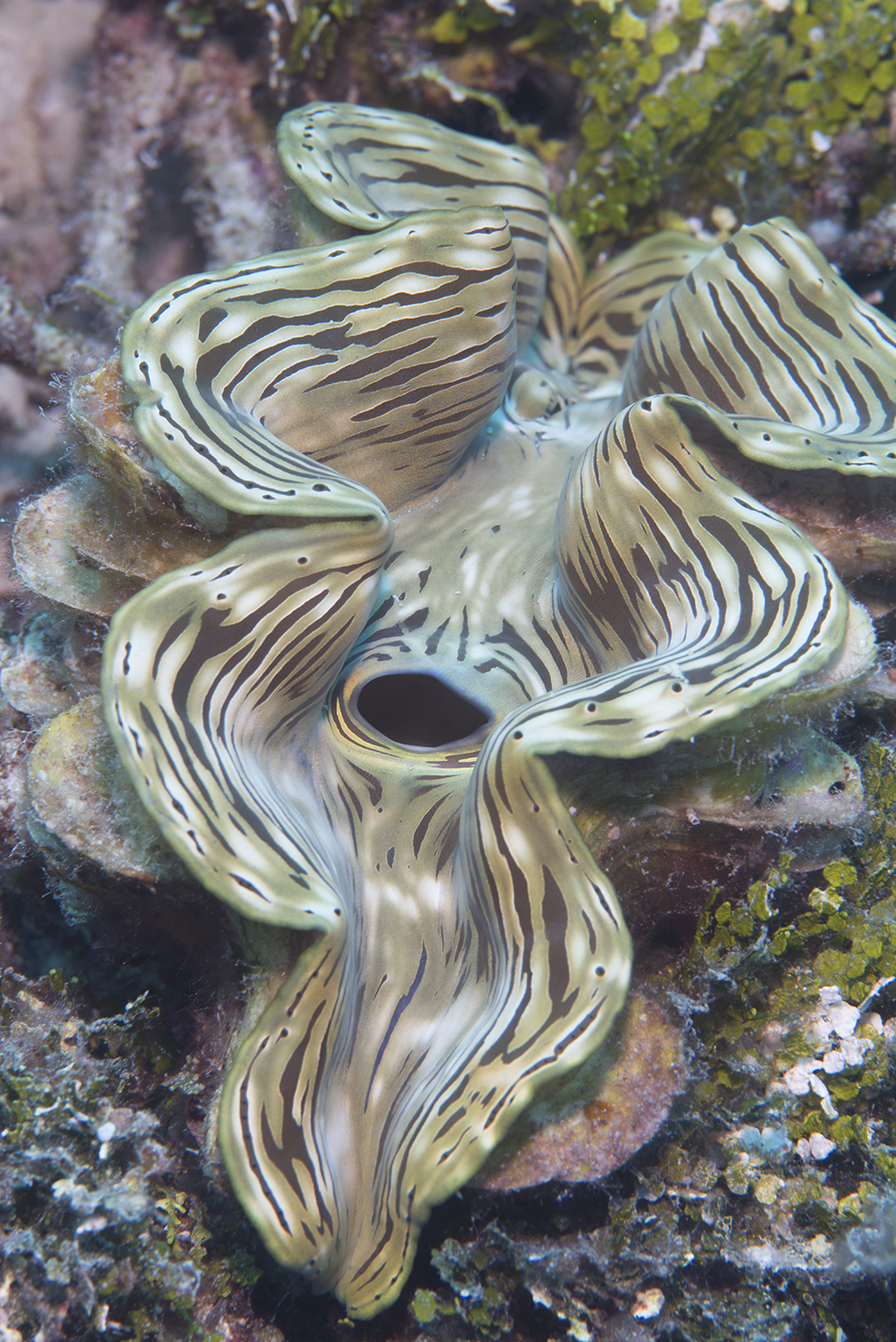 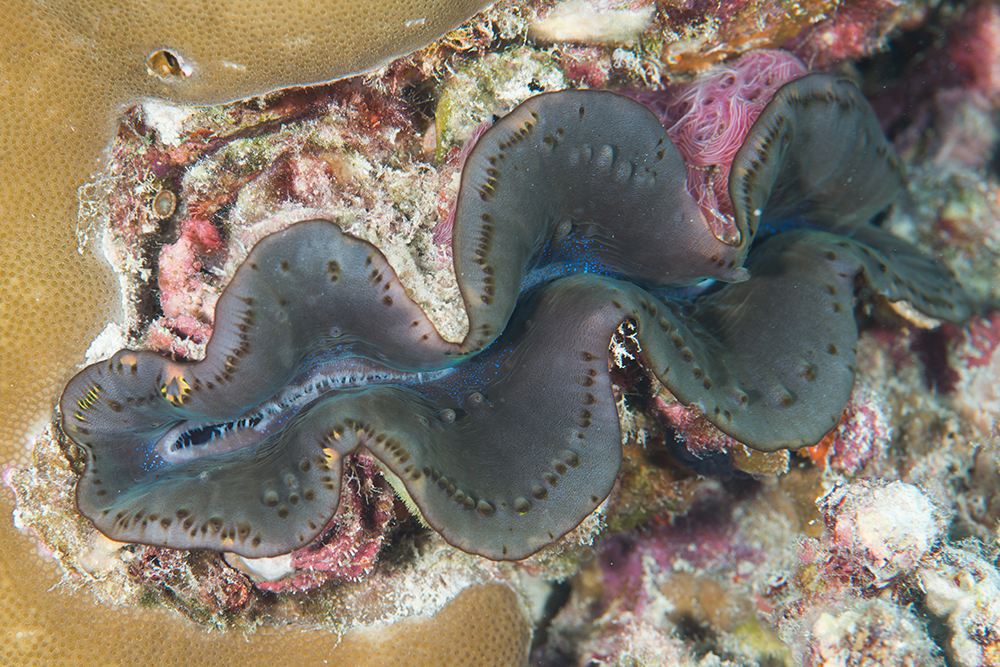 Whilst I think I’ve picked out some interesting specimens here, I ought to add that a great many tridacnids are a little boring, with many being a little bland, such as the one above.  However, even then, the boring ones may have small features that remind us of the almost infinite variety seen in tridacnids.